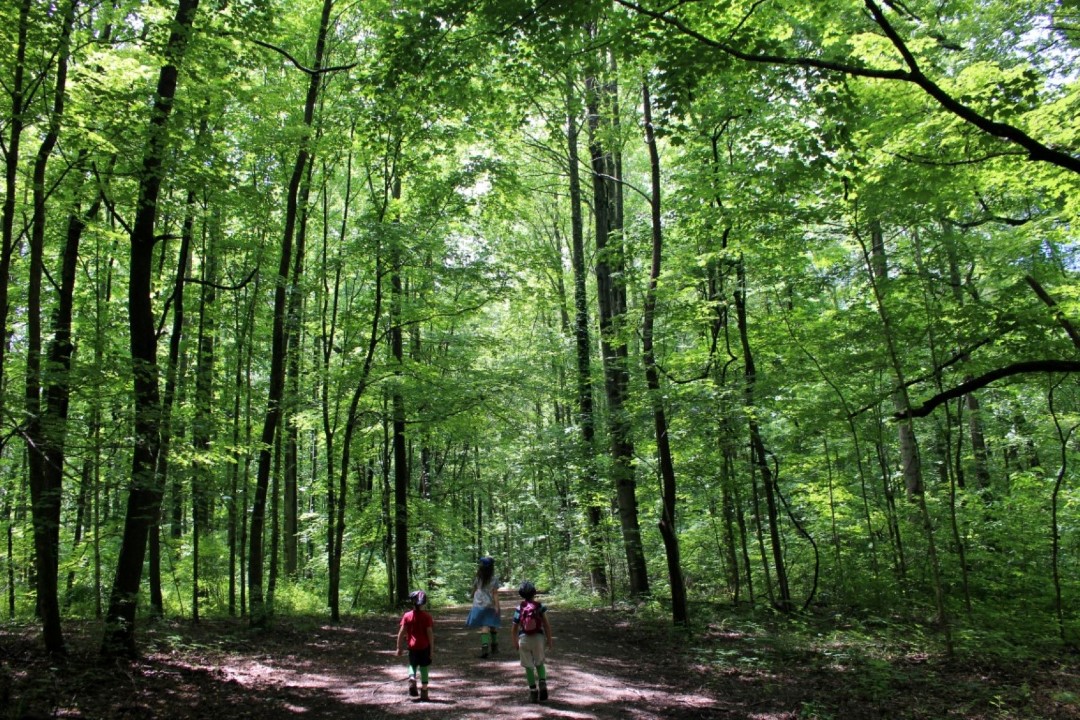 When we purchased our property in Southeastern Indiana in the fall of 2017 it was intended to be just a landing place in between Tom’s job assignments. The campground choices in the Cincinnati area near our families were very slim, especially during the winter, so in a sort-of-spur-of-the-moment decision, we decided to buy our own haven to rest, relax, and visit loved ones before taking off on our next trip. I know purchasing property isn’t typically something you do spur of the moment, but apparently we like to live outside of typical. We saw the property listing online while in Alabama, secured a tour the following week, and had our offer in soon after that. We looked at no other properties, had no credit to our name thanks to living off the grid of the credit system for the past couple of years, yet something just felt so right we took a leap of faith and dove in. Our intuition was confirmed as doors opened and everything fell into place. The one glitch in this plan was that to access the property you needed to cross through a creek bed- an obstacle our tiny home couldn’t overcome. And so we faced once again the challenge of splitting our time between two households. Aside from the drudgery of hotels (read about the trip that changed it all here) it was the chaos of packing and unpacking each trip that drove me towards living fulltime in our trailer. Thus I lived our first year at the cabin in complete denial. I left most of our things in the trailer ( parked at the edge of the property) sending us running for this book or that cooking utensil multiple times a day.  Our food remained in boxes on the floor for a solid six months- I knew the second I organized those new roomy kitchen cabinets we’d be called away and I’d be rushing to put it all right back into a box.

The traveling continued with a week here, a month or two there, and my life in boxes remained justified until the summer of 2018 when unbeknownst to us we began an 8-month hiatus- the longest we’d had without travel since Tom accepted this job. While we missed our adventures away, we gained a whole new appreciation for having a stable home base. That long of a stationary stint would have been nearly unbearable in the local campgrounds. We finally had a chance to soak in all the things we hadn’t known our hearts had been longing for. We got to watch the seasons change by observing the same tree, in the same place. We tapped trees, planted (well, attempted) a garden, befriended flowers and herbs, crafted with walnuts. We observed (and took turns yelling at) the same rascally squirrel that always came to chew on our cedar walls. Watched momma Pheobe and her mate perfect the nest above our door. Cycled through nearly a whole year seamlessly flowing, pieces we had only been able to see through small glimpses before as we rushed from adventure to adventure.

Slowly we readjusted. I unpacked one box at a time. We started attending playdates and making new friends in the area. I splurged on things like an extra can opener so we could keep one in the cabin. That little voice that was always urging me to be ready to pick up and go became less and less insistent. That’s how it came that when the next assignment eventually rolled around we felt completely unprepared. With only a few days to close down the cabin, pack up what we needed, and get the trailer that had been idle and empty for months in working order again- it felt like we were taking off for the very first time (again). I knew that when the call eventually came it would be physically and emotionally challenging for us all, and I wasn’t wrong. There were tears at the thought of having to say goodbye to our piece of solitude (and not just from the kids). There was rushed packing and stressed out parents who maybe didn’t handle guiding their children through this transition as gracefully as they had hoped to.

Naturally we muddled through it and made it to our new temporary home in one (hastily formed perhaps, but still one) piece. I readily admit that my tears continued to flow for a few days after our arrival as I tripped my way through again gaining a foothold on life with five in 200 sq feet.

I’m sure this doesn’t come as a shock, but one of the very first things we did to recalibrate was seeking out the nature center. A place to learn and be inspired, but most importantly a place to connect with kindred spirits, almost every one of our traveling adventures branches out from a nature center and the lasting friendships forged there. New Harmonie State Park did not disappoint. From the moment we walked in and were greeted by Ms. Amelia our spirits were balmed with the feeling of ‘home again.’ Each activity we attended, each guided hike we took, reminded us of why we had chosen this life. Reminded us that while those stationary months had their merits, this too offered something our hearts had been needing. Of course, once we found our balance again we were able to leave the woods and explore more that this area had to offer, however as I got a little carried away waxing poetic about our transition I’ll save those adventures for the next post.